I have to apologize for writing so much.  The last few weeks, what’s inside just has to come out.  I’m alone for now, and this is my pipeline, my conduit to express what I’m feeling here. 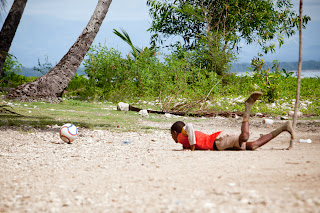 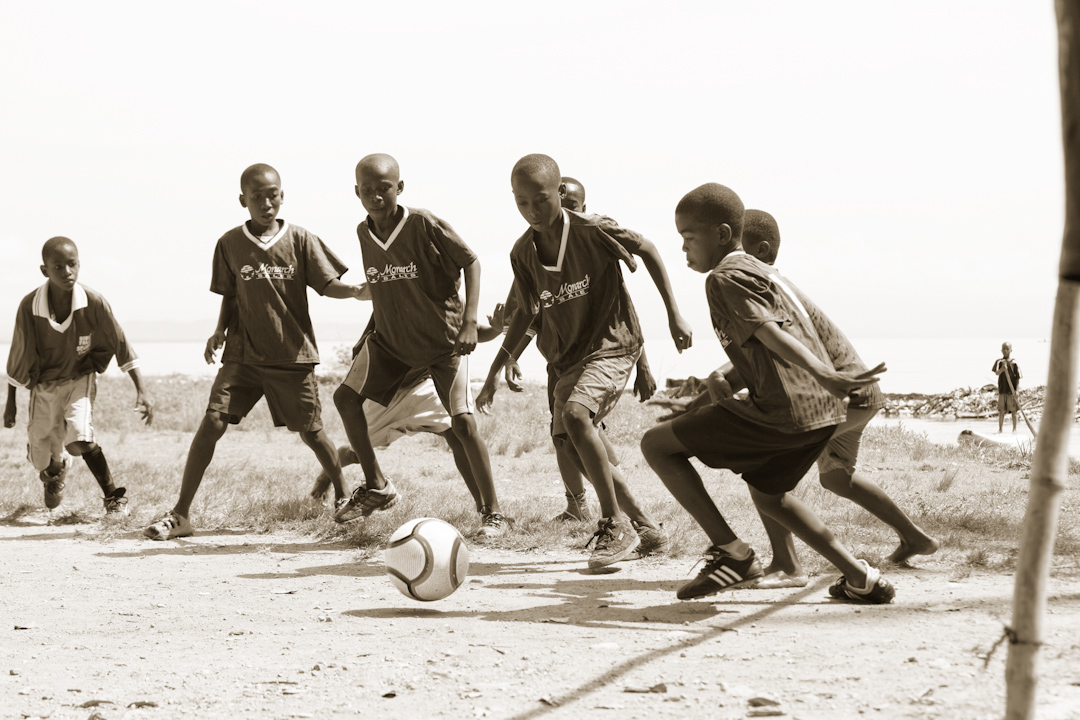 I was invited to a local football (soccer) tournament in the village today.   It was began by Heather and Torrey Babb with the Mission Ball, and since September Patchouko and Olgens have been continuing the games.
I have to say they make the sport so much more interesting to me here.   Some are barefoot, some have cleats.  The field is part grass, part coconut husk, and largely gravel.  The boundaries are natural.  Palm trees, water hazards, you name it. 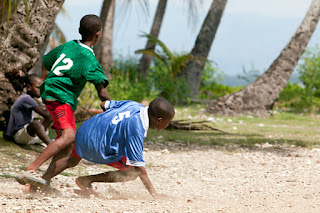 Everyone plays as if they were playing for the world cup.  It’s the only game in the world I’ve seen where one of the younger, wannabe players has to man a surfboard and a paddle in the canal in order to retrieve the rogue balls kicked into the water. 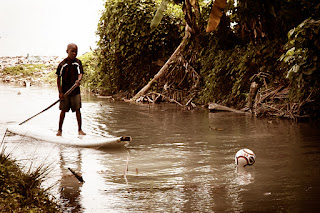 The people on the sidelines get just as excited as the players, screaming hysterically or shouting at the ref like they want to take his head off.  Emotions run high when one player thinks he’s been wronged, and usually the ball gets thrown high into the air. 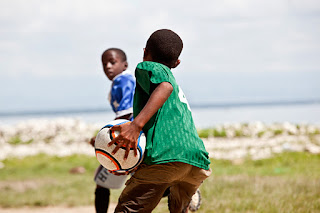 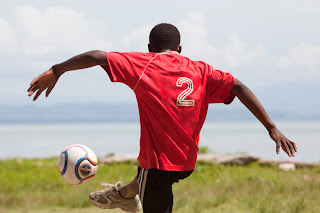 During the game there was a fist fight among the boys, cheering from the girls, and all manner of in between.  There are head shots, there are drop side kicks, dives... the players kick eachother, pull eachother’s shirts, whatever it takes to achieve the win.   And when a goal is scored....bliss!  The crowd erupts, the opposing team gets superheated, the player who made the score is in seventh heaven, and for a moment, you forget you’re in Haiti. 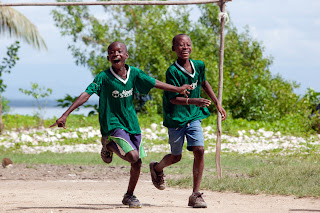 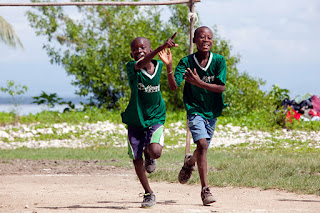 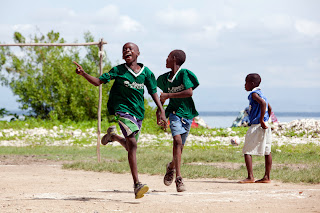 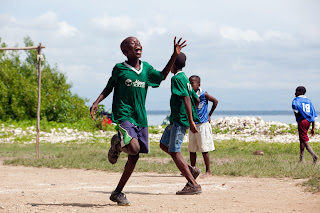 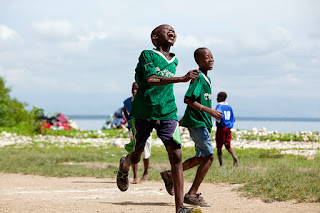 Hunger, slavery, darkness, abuse, rape, unemployment, poverty, Cholera, AIDS, here?  In this place?
For the space of the game, it’s almost as if you’re transported to another place and time, and I begin to understand why the Haitians love this game so much. This little boy was one of the spectators on the sidelines.... 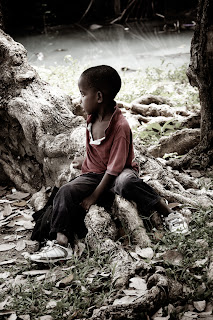 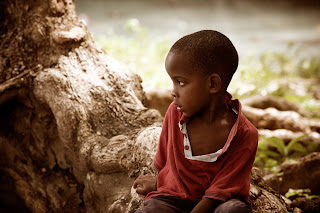