A Serpent in the Sky 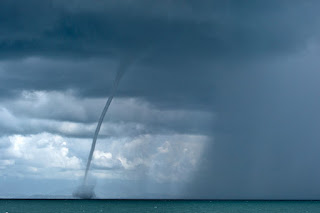 It was strangely beautiful to me.
Right in the middle of a serious talk with a pastor and the division in his church, and my son comes skidding into the house.
"A Tornado!  A Tornado!"
We all bolt for the door and look out over the water at this emerald-turquoise serpent in the sky, winding and slithering, pushing across this churning sea.
Abby exclaimed, "Wow Logan!  I couldn't understand what the big deal was at first.  I thought you came in yelling, "A Tomato!  A Tomato!"
Jaxon began throwing rocks at it.
"Get outta here!" he yelled. "Go the other direction!" 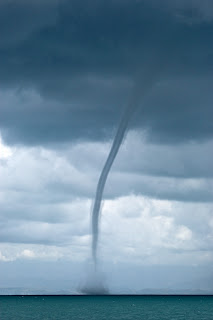 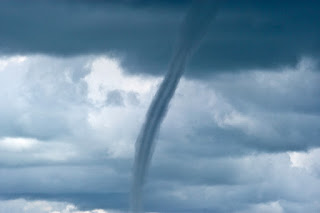 "On land, it can level a house! It can take a car and toss it up into the sky!"
Both of their mouths dropped open and their eyes got big as saucers!
No longer smiles across their faces.  Now, it was anxiety.
"What about that big salt boat, could it move that?!" they asked.
"It could shred it and blow it apart!" I shouted in the wind.
"You mean....You mean it could kill us?" asked Chelo.
"Absolutely!" I shouted. 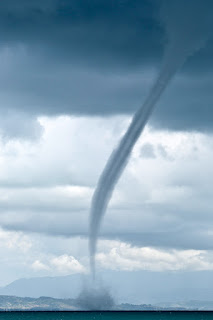 "I think you did not need to tell me that!"  Chelo said.
How beautiful!
Then it made a turn our direction!
Whoa!  Heart skipped a little beat, there.... but for some reason I wasn't yet afraid.  I've been up close and personal with a tornado back home in the States.  Somehow it was much more ominous, as if it were the finger of Death itself.
This was fascinating.
"We may need to run for it if it comes any closer.  Maybe we should get in the house." I said.
"Why would we run into a house if it can level the house?" they asked.
That was actually a question I didn't have an answer for. 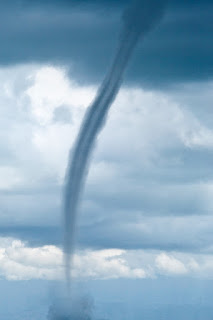 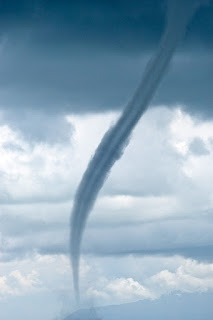 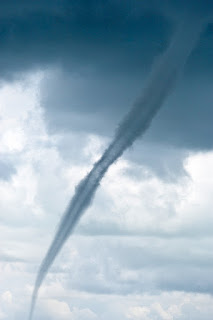 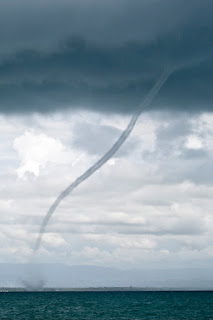 Does anybody notice the way I turned this post into an image tornado?  Kari thinks there are too many pictures the same, I think each one is uniquely beautiful and therefore deserving of a spot....and....this is my blog, not hers.   :P
Posted by Daniel C. Elliott at 2:18 PM