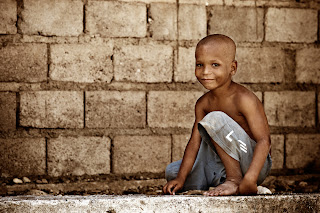 The Haitian rainy season may already be upon us.
But down at the local spillway, the rain has no victory. It's where the locals spend their time perfecting their favorite sport, Football (That's soccer to you and me,). They spent most of their game time fishing the ball out of the river or dodging the many puddles, so Torrey and Heather Babb with the Mission Ball are trying to change that.
Trees were cut by machete and benches were built surrounding the grounds. They called in the loads of sand and gravel, and a crew of men, women, boys and girls went into action as if they were one is spirit and purpose. Poles were cemented into the ground, and a net now spans the river front. Haitian kids grabbed whatever makeshift tools they could come up with, from coffee cans to bleach bottles with the tops cut off. Then they dug a canal, and began to scoop out the water by hand. Getting dirty was irrelevant.
Once they'd cleared off most of the field they began to haul in the gravel and sand, bucket by 5-gallon bucket. Barefoot. Raw kid power. All done with smiles, even cartwheels. And all because they share the same dream, they just want a safe, dry place to play. The work still isn't finished, but there's no shortage of help in Ti Rivier, Haiti. When people lay down their differences and come together for the same cause, beautiful things happen. On this field, there will be great ministry. And great ministry is already happening, transferred and interpreted without a single word. It's the power of love after it leaves the tongue and works it's way down through the hands and feet into action....That's what makes a difference. 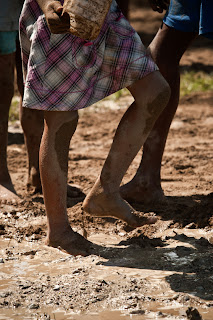 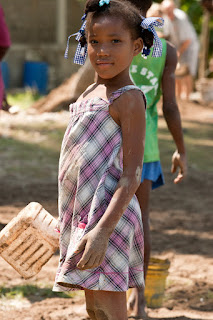 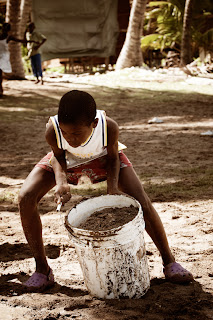 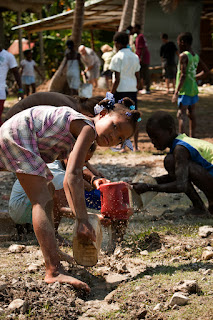 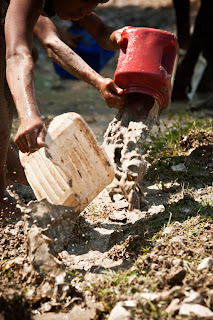 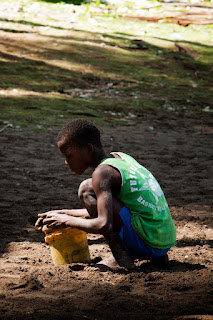 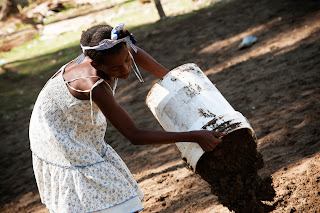 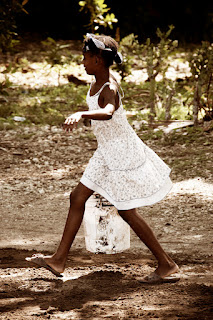 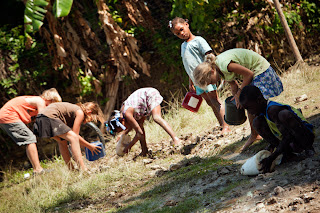 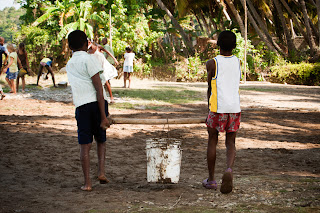 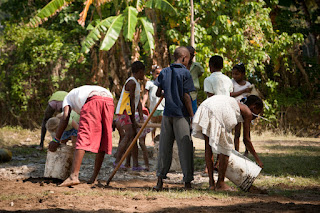 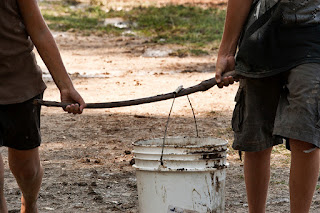 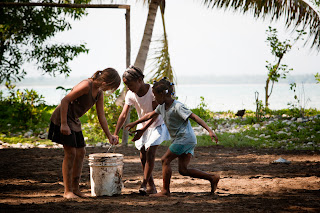 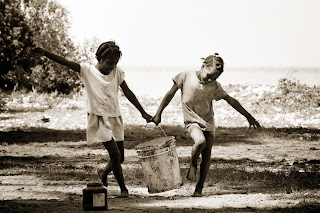 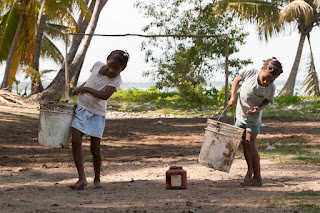 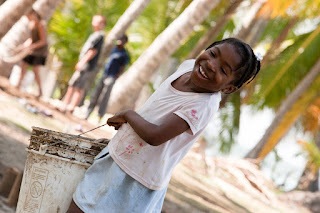 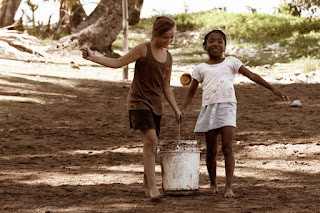 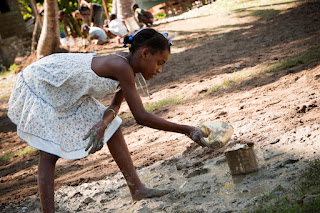 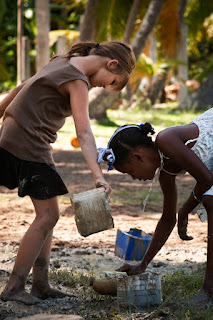 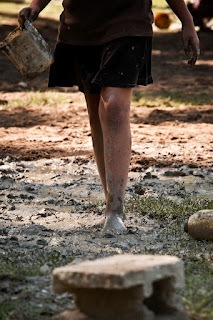 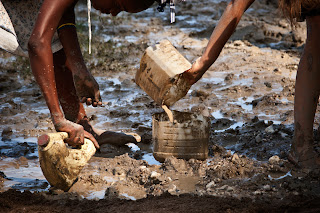 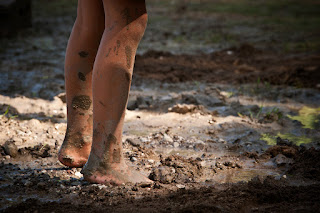 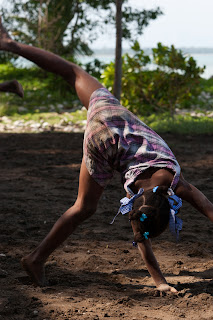 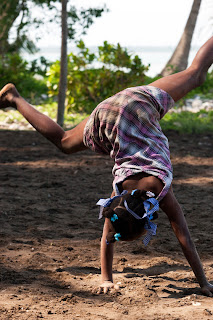 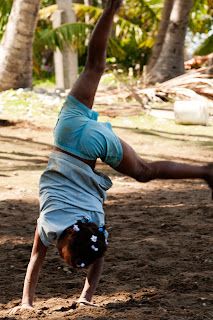 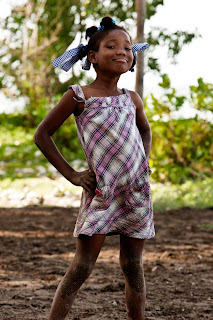 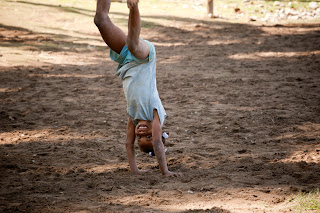