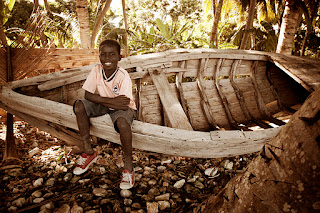 Some days I'm better off not writing what's really on my heart, because it's not checked.  It's not prayed over.  It's just raw emotion. I've deleted most of what I had written today because I'm frustrated.    Instead of being swayed into not posting at all, I choose instead to set down the words and pick up the pictures. 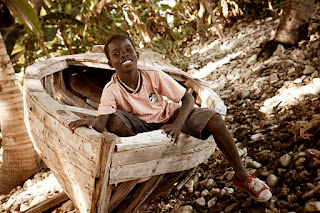 This is Bebe.  It means dumb or mute.  He's a homeless boy that hangs around my village.   He's deaf, so he can't make any words. He doesn't have the privilege of having a roof over his head, let alone an education.   He's harsh.  Because he can't communicate, he is very dramatic.  Somewhere along the line, someone hurt him.  He doesn't have much in the way of manners, because love is a foreign affair in his world. 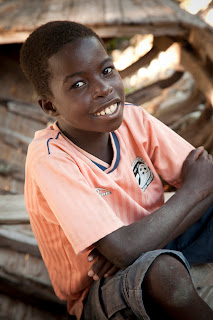 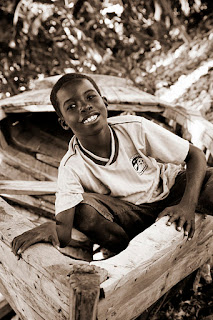 He has goodness in him, but he's quick to anger, and he'll fight anyone.   It doesn't matter to him if there's 2,3 even 4 boys on 1, he'll still swing for all he's got.    I've seen him cry several times after a fight.  Now and then he's hit in the head with a rock, and I see him screaming.   He's tolerated here.  Some people are kind to him.  Some are not.  Justice here is brutally efficient.  You are either right or wrong, and your punishment is swiftly carried out.  You just hope that your judge and jury has a forgiving swing.


I wonder how he'll end up in this old world.  Will kindness rule the day and his heart at the finish?