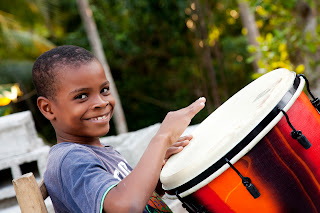 The first time I met John was up on the mountain last year.  He was living near where my sponsor girl lives. Right away, this kid knew when the camera was on him, and every time I looked at John, he was already looking at me.

Last year we knew his situation was rough, and when he came down the mountain with us to the orphanage, I had no idea that he would soon be living there.   Lynn, who was there on her first trip at the time, found a shirt that was a perfect fit for him, and he was bubbling. 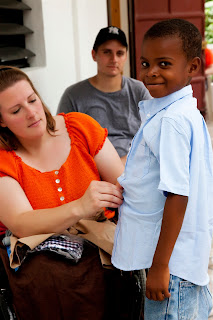 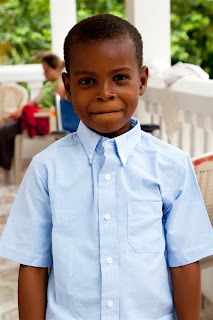 It wasn't until months later that I found out he was living in the orphanage, and when I got back in February, he instantly recognized me.  He picked up with me like I hadn't even left, and gained an incredible amount of respect for me as soon as he saw me popping wheelies on the orphanage bicycle. 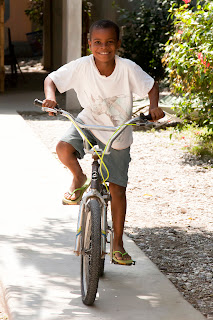 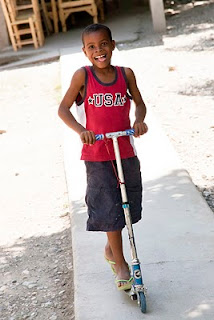 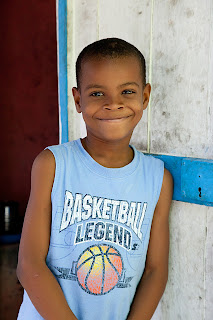 He had a bit of a crush on my daughter, which I found I am not at all ready for, and while I would tolerate the daily flowers he would pick for my 'sweet pea',  the day I saw him look at her and raise his eyebrows up and down, it was time for an entirely new talk, father-to-misguided-young-man.

After a few days we were back to being buds, and when he saw me carrying the girls' backpacks for them as we were coming home from school, he tried to show me his solidarity by carrying a few of the other kids' packs as well.  It was hard for him, but he resolved that he was going to prove something to me, and that was the end of it.  His eyesbrows wrinkled and his jaw set, John walked all the way home loaded down with school books, always making sure to stay in front of me, leading the way. 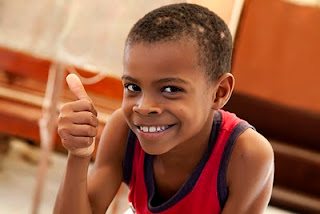 John has always had this tough-guy defense, this display of perfect confidence and steely attitude, so it was hard for my family to be there the day his mother came for him.  She'd been in Port Au Prince, leaving John on the mountain in a very similar way my girl Oberline has been left, but now she was back and she wanted her son.  The rest of her children, she says, were lost in the quake.


With mixed emotions John and Gertrude, the house mom, packed the bags, and we all came out to see him off.  At first there was the tough-guy John, ready to tackle his great new adventure, but when I came to him and hugged him, all that came to mind were three words.
I said, "John, don't forget: Jesi renmen ou." (Jesus loves you.)
I kissed him on the side of his face, and hot tears began to stream down his cheeks.
That impervious smile was gone, and his eyes spoke volumes. 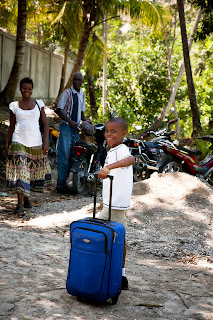 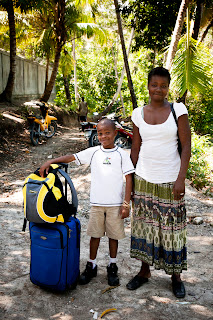 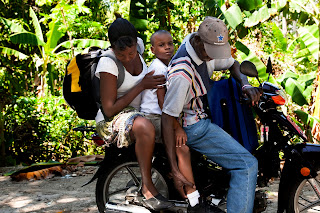 His mother is excited to have him back, and as he left we prayed for him.  I hope someday to see him again, to see this boy who is already looking at me, with a great big smile on his face, and eyes full of courage.
Posted by Daniel C. Elliott at 8:31 AM